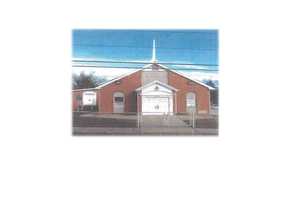 ***HISTORY OF THE JORDAN BAPTIST CHURCH***

The first light that was shed in the minds of the group of organizers of this church has spread with such force that it has become a beacon in the center of the hill that beckons men and women into its path.  From this insignificantly small edifice, lacking in detail of so many things, we have grown in capacity with the banner of Christ ever hanging high that believers in Christ may follow on.

Eleven people…with the sincerity of purpose, the warmth of their motives and the strength of their support have made a great temple of worship for the rich, the poor and even the wayfaring who pass this way.

On Sunday, January 15, 1967, these eleven people met at 4415 E Street, Southeast, Washington, DC to formulate plans for a church.  On Thursday, January 19, 1967, another meeting was held, and the Jordan Baptist Church was born.  In three days, God blessed us with an edifice at 523 8th Street, Northeast, and on Sunday, January 29, 1967, we held our first worship service.  There was not much warmth, but there was deep in our hearts the warmth of God’s love and the love we had for each other.  On Sunday, June 8, 1969, the church moved to 5034 Emo Street, Capitol Heights, MD.We are forever grateful to the pioneers of this effort, who without a doubt, put God in front and in spite of small financial gain, were able to hold on…carry on…and push forward.  Now we salute our founders:  Pastor Emeritus William J. Smith, pastor from 1967-2003, his lovely wife Lady Emeriti Mary L. Smith, who gave Jordan its name, along with  Margaret Nelson, Doris Grant and Missionary Irene Green, an honorary founder.  Now let us all rise in a moment of silence in memory of eight of the founders who have passed from labor to reward…Sister Lillie B. Harris, our very first Church Clerk, who passed in 1971, Sister Mattie A. Smith, Pastor Emeritus Smith’s former wife, who passed in 1982, Sister Helen Thompson, the Mother of the Church who passed in 1986, Brother Robert Green who passed in 1992, Sister Ola Mae James who went on to glory in the year 2000, Sister Viola Gorham in 2003 and Sister Katie Baggs also in 2003 and Thomas D. Nelson in 2009.

The farewell sermon of Rev. William J. Smith was a powerful earth shaking word from God.  The spirit of Moses and Joshua ignited and the two became one.  As Moses passed the baton to Joshua, Rev. Smith bestowed it upon Rev. James to kick down Satan’s Kingdom and run the race with haste.  Out of the shadows today, Pastor Jerome James Sr. is forging ahead with compassion, power and vitality to continue to win souls to Christ and preach the unadulterated Gospel of our Lord and Savior Jesus Christ.

Through Pastor James’ leadership, the Jordan Family members are being taught to keep our eyes on God and not to be victimized by Satan, his gimmicks, his tricks or the plans set up by the adversary.  We must plan ahead, dream dreams, write our vision, make it plain, run and tell it!

As proud as we are of our church, we are constantly praying to keep humble enough to be of service to God so that the Master may be able to point to us those who have kept the Faith…who have stayed in the fight for right and righteousness, and who, one by one, will answer to the Higher Call from a Righteous Father.  Amen_____Amen_____Amen____.